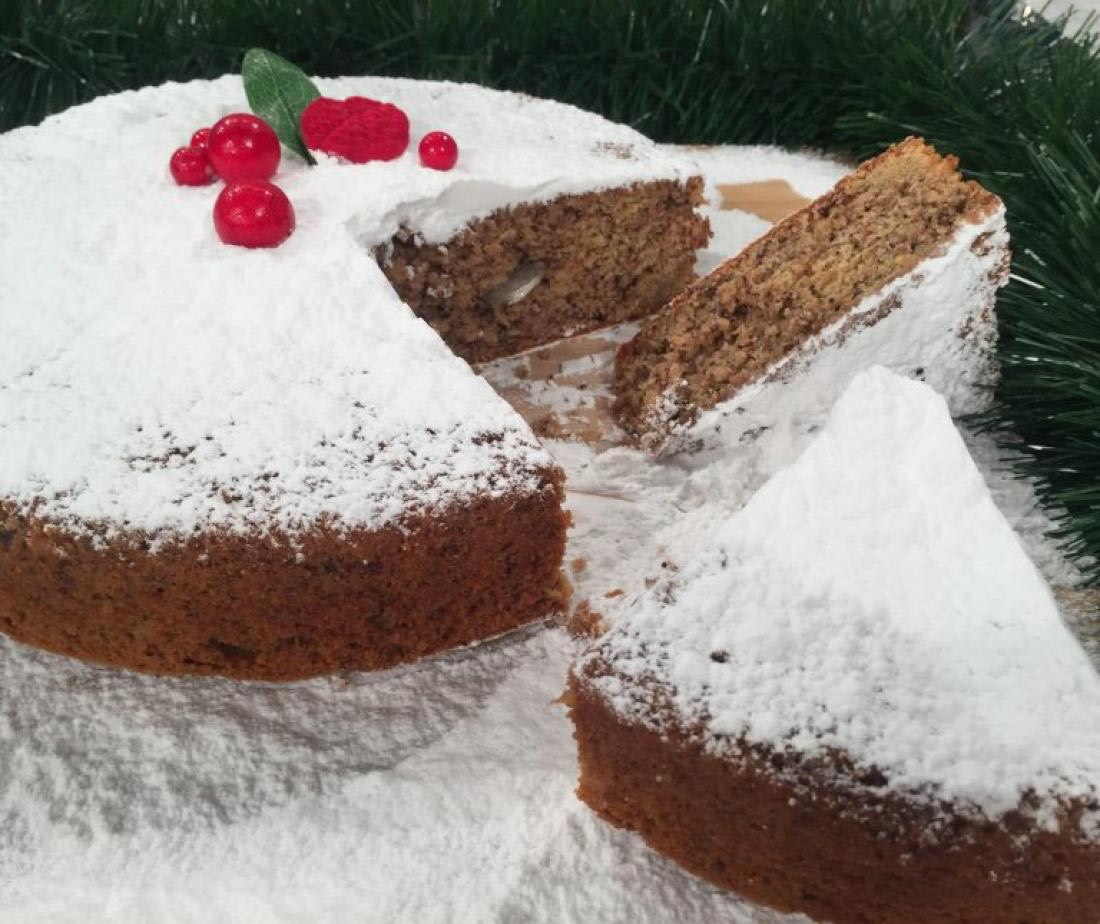 Vasilopita is the Greek New Year’s cake. On New Year’s Day families cut the Vasilopita to bless the house and bring good luck for the new year. It is traditional to bake a coin into the Vasilopita. The one who receives the coin is considered to be especially blessed for the year. A piece of cake is sliced for each member of the family and any visitors present at the time. 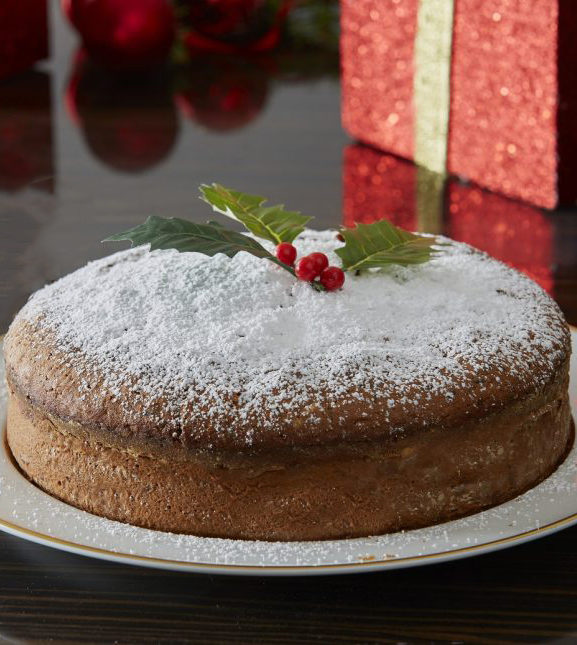 A handful of blanched almonds

• In a large tub pour half a cup of lukewarm milk and dissolve the yeast in it. Add ½ cup flour and stir to mix. Cover with a towel and let rise in a warm place for about an hour.

• While the dough is rising, beat the egg yokes with the sugar in an electric mixer or food processor and set aside. Beat the egg whites into a meringue. To the risen dough, add yoke/sugar mixture, the remainder of the milk, the meringue, butter, mahlepi and zest. Knead until all is well mixed, adding the remainder of the flour a little at a time so the dough won’t be too tight. Shape the dough into several balls, place in a bowl, cover it with a towel and leave in a warm place for about 3 hours until it doubles in size.

• Knead the dough for 5 minutes more and place in a large round oiled pan (or two smaller ones) and leave covered in a warm place until it doubles in size again.

• Before placing in the oven beat the yoke of 1 egg with a teaspoon of water and brush it on the dough with a pastry brush. Then, using the blanched almonds, form the “new” date on the top of the dough. Bake for about 30/40 minutes, or until Vasilopita looks well browned.

We use cookies on our website to give you the most relevant experience by remembering your preferences and repeat visits. By clicking “Accept All”, you consent to the use of ALL the cookies. However, you may visit "Cookie Settings" to provide a controlled consent.
Cookie SettingsAccept All
Manage consent

This website uses cookies to improve your experience while you navigate through the website. Out of these, the cookies that are categorized as necessary are stored on your browser as they are essential for the working of basic functionalities of the website. We also use third-party cookies that help us analyze and understand how you use this website. These cookies will be stored in your browser only with your consent. You also have the option to opt-out of these cookies. But opting out of some of these cookies may affect your browsing experience.
Functional
Functional cookies help to perform certain functionalities like sharing the content of the website on social media platforms, collect feedbacks, and other third-party features.
Performance
Performance cookies are used to understand and analyze the key performance indexes of the website which helps in delivering a better user experience for the visitors.
Analytics
Analytical cookies are used to understand how visitors interact with the website. These cookies help provide information on metrics the number of visitors, bounce rate, traffic source, etc.
Advertisement
Advertisement cookies are used to provide visitors with relevant ads and marketing campaigns. These cookies track visitors across websites and collect information to provide customized ads.
Others
Other uncategorized cookies are those that are being analyzed and have not been classified into a category as yet.
Necessary Always Enabled
Necessary cookies are absolutely essential for the website to function properly. These cookies ensure basic functionalities and security features of the website, anonymously.
SAVE & ACCEPT
Subscribe