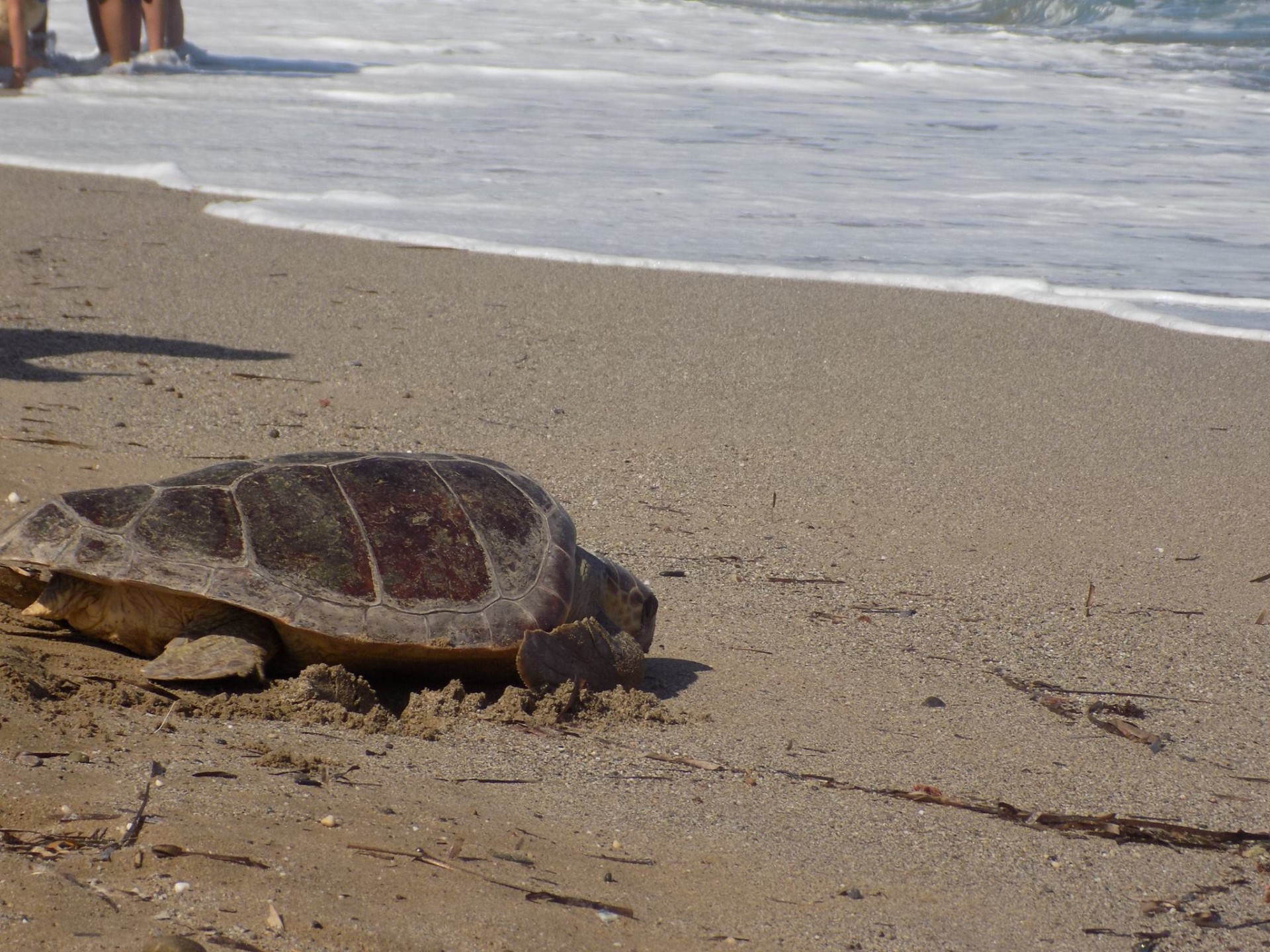 Release of  "Maria" sea turtle on the sea horizon.  A sea turtle caretta caretta was released today 2nd of September in its natural environment from the beach coast of the Aquila Rithymna Beach Hotel.  The young turtle named "Maria" with a carapace length of 48, 50 cm, weighing 15 kilos was rescued on 25/05/2017 in Sagiada, a fish village at Thesprotia. She was weak and had a head injury.  On the morning of Saturday at 11:00 o’clock the cured  "Maria" was released in the arms of the sea, healthy and strong after the treatment and medication care she received from the "ARCHELON" Sea Turtle Rescue Center.  The event of its release was organized in cooperation of ARCHELON Association volunteers with the ecological team and the staff of the Hotel Aquila Rithymna Beach. Maria’s freedom was honored with the presence of representatives from the Municipality and the Port Police of Rethymno  and of course a large number of visitors participated.   The Aquila Hotels & Resorts Group in the context of the environmental policy that is applying since many years is continuing to adopt practices that promote human respect for Mother Nature and its creatures.continues through informing and knowledge to practice a policy of environmental care with respect to nature and human.

We use cookies on our website to give you the most relevant experience by remembering your preferences and repeat visits. By clicking “Accept All”, you consent to the use of ALL the cookies. However, you may visit "Cookie Settings" to provide a controlled consent.
Cookie SettingsAccept All
Manage consent

This website uses cookies to improve your experience while you navigate through the website. Out of these, the cookies that are categorized as necessary are stored on your browser as they are essential for the working of basic functionalities of the website. We also use third-party cookies that help us analyze and understand how you use this website. These cookies will be stored in your browser only with your consent. You also have the option to opt-out of these cookies. But opting out of some of these cookies may affect your browsing experience.
SAVE & ACCEPT